I have been itching to run a race since the marathon. I also intend on completing my goal to run a race every month this year and I didn’t have anything on the October calendar.

On a whim this Sunday I ran the 10th Annual Peaked Mountain Commemorative 7K Trail Race organized by the Trustees of Reservations. Despite the dreary grey rainy weather I decided to do it anyway. It was awesome! There were only 25 of us crazy enough to run half way up a mountain, back down and around a pond on muddy trails. I loved it. I had no time goal because I’ve never run a race like this. I just kept repeating to myself, “don’t fall!” I watched the ground the entire way up and down the mountain to avoid tripping or slipping. It was a bit tedious, but I enjoyed the challenge.

I know it was a tiny race, but I was pretty psyched when the woman at the finish line told me I was the third female. Out of 25 people running, 15 were female. Since I was alone and had nowhere to rush off to I decided to stick around to cheer for people during the awards ceremony. A 7 year old girl had run with her dad and I was sure she would get an award. Plus they had hot apple cider! It was a friendly group so as we waited for the last runners to come through the finish I passed the time chatting with a few people. I also learned more about the Trustees of Reservations. I was amazed to discover so many beautiful reservations here in Massachusetts. 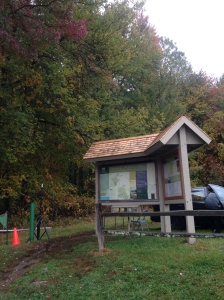 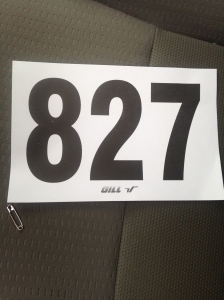 This was a bare bones kind of a race. No reinforced holes in the bib meant I ended up carrying it most of the way. 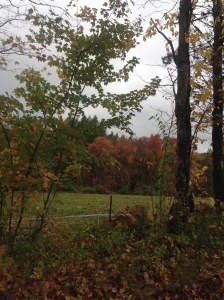 Anyway the awards ceremony was really casual. Winners got to select a prize off of a prize table. I was more than a little shocked when my name was called for first in the female 40-49 age group. Yay me!!! Pays to have just turned 40. I actually came in 8th overall. Not too shabby for this 40 year old previously self-proclaimed non-runner who has only been running for about 4 years.

I was so excited on my way home, but no one answered their phone!!

Do you ever do something, go somewhere or have an experience that you want to share with the world, but every time you start to talk about it people go into a semi-comatose daze nodding occasionally to make it seem like they are listening? I’m used to this phenomenon.  I’m pretty sure as soon as I say Peace Corps certain friends and family members immediately take a mental vacation.

I find I get a similar reaction when I talk about running. I can’t help myself though. I get so darn excited when I run a race or have an awesome training run and I just want to share my enthusiasm. However, most people aren’t very interested in my running stories. That was one of the reasons I started this blog.

Do you have anything you want to brag about or share? If so please leave it in the comments or email me at aimeer828@gmail.com. I would love to post about other’s accomplishments fitness or otherwise. I know it’s really difficult to toot your own horn, but come on let’s hear it!!