Orlando called me a little after 6am. It was snowing. A late April Fool’s by Mother Nature perhaps. I assumed he was calling to tell me he was on his way home. He’s currently working on a building project at Yale University which is about 75-90 minutes from our house depending on the day. Traffic in Connecticut is thick at times and days like today make for an even more unpredictable commute.

His voice was soft and shaky. Something was wrong. He seemed to be gasping for air and then he said “oh Aim, I just got into a bad accident!” My heart sank into my stomach. His car started sliding and he swerved to avoid sliding into a tractor trailer truck. Instead he kept sliding and slammed head on into the concrete median to the left of the commuter lane. I have no idea how no one hit him as his truck remained undriveable cockeyed in the commuter lane.  He said people kept driving around him. No one stopped.

I kept him talking while I planned. I’m incredibly calm in these situations which you might not think if you know me. Orlando had called 911 but nothing. The accident happened around 5:40am and it was nearly 6:20. I called 911. Finally over an hour after the accident a state trooper came. He was given a $130 citation for speeding in poor weather conditions and then the trooper left while Orlando waited for the tow truck to come. Yes cited! Even if Orlando had a lead foot like me sometimes he would not have been using it on a snowy, slick morning like today. Besides that no police officer was at the scene so how could the trooper have made such an assessment?

I had to pick him up about 45 minutes away from our house. By the time I got there he was cold, tired and very shaken up. I took him to the ER. The airbag had deployed thankfully and he appeared uninjured, but you don’t know for sure. He’s doing well. Resting and taking ibuprofen.

Orlando was remorseful about losing the 2008 Toyota Tacoma he purchased back in February and played the woulda shoulda coulda game a lot today. I should have turned around. I could have stayed home. The truck is mangled and most likely totaled, but the truck saved his life. Had it been his old smaller pickup truck with a gazillion miles and the high probability of no airbags he would have been badly injured or worse. 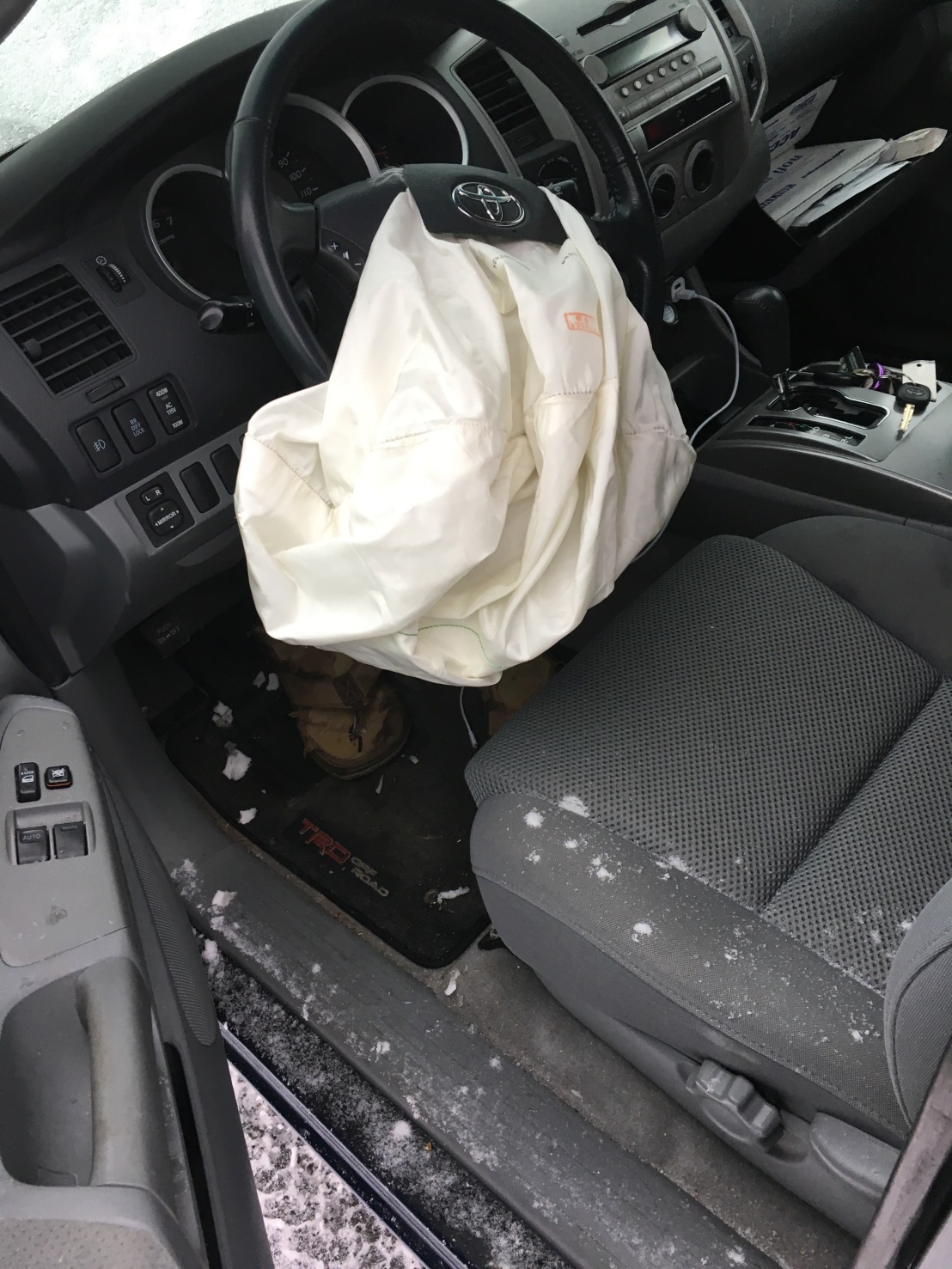 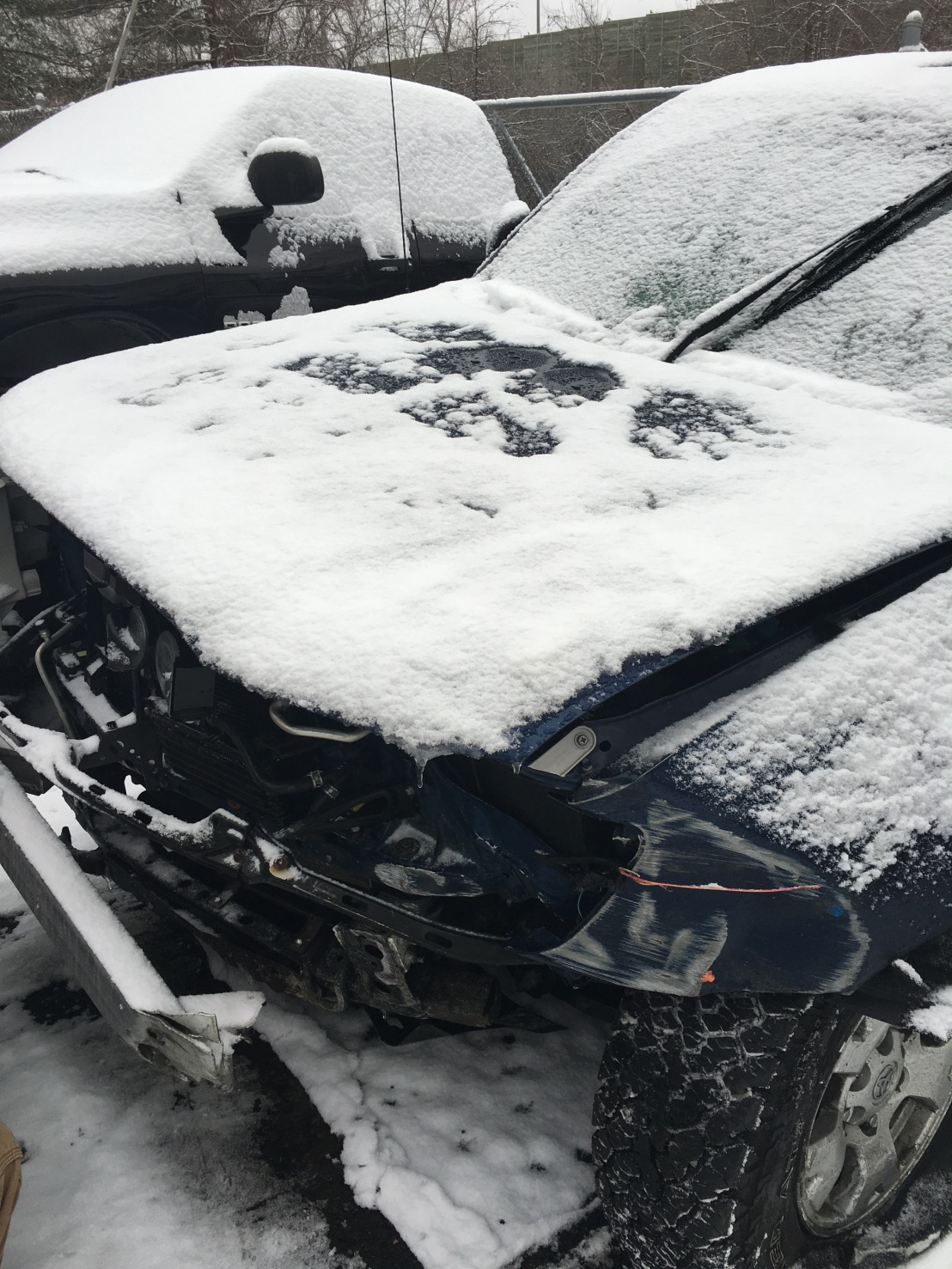 Instead he is right here next to me.

We get so darn busy with work and other obligations, mostly work though, and we forget what’s truly important. Orlando and I are such dedicated employees and we are also dedicated to preparing responsibly for our futures so we work hard ensure that one day we might live a comfortable retirement. We lose sight sometimes of how none of it matters if one of us doesn’t make it to retirement. Trucks can be replaced and so can jobs, but people can’t.

I’m off to enjoy some quiet time with my husband. The rest of the work will get done eventually.